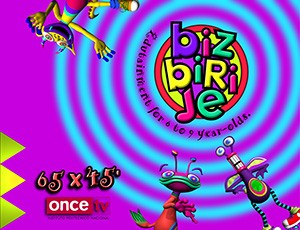 “Bizbirije”, Edutainment for school children produced by Once TV Mexico, 1997.

Both of my parents are architects so I grew up in a very creative environment, learning the traditional approach to the arts and design. After receiving a Graphic Design BA with Specialization in New Media at age 22, I began my professional career at a public cultural television channel in Mexico City As Creative Director in Chief of the Graphic Design Department of Children’s Programming, managing a group of 6 illustrators and designers. It was a tremendous springboard for everything I have done since. Our TV programs awarded many international recognitions, including the Prix Jeunesse and the Broadcast Designers Association (Promax | BDA).

In Once TV I got in contact with many inspiring professionals from different disciplines and the Director of Children’s Programming was Patricia Arriaga, one of my great Masters and Mentors. After creating many original productions for Once TV, we have been collaborating in many other projects. 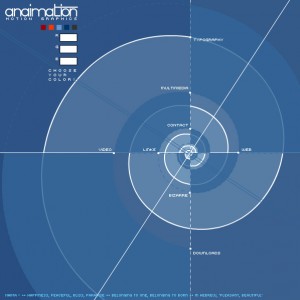 In 2000 Vector Multimedia was created in Tijuana and we started building commercial multimedia CD-ROMs with Director and websites with Flash, the newest technology from Adobe that gave the internet a heartbeat. We were so in love with its new possibilities! We continued using Flash for many years. As Vector Multimedia we created a very robust website for Discovery Kids.

Yes, these were the years of the “Internet Boom” and we were among the adventurous pioneers. Vector Multimedia was an incubator of creativity for the internet nerds. We were always exploring possibilities, it was a lab for ideas and proposals.

“The dotcom bubble started growing in the late ’90s, as access to the internet expanded and computing took on an increasingly important part in people’s daily lives. It was a seeming wonderland where anyone with an idea could start making money. But in March of 2000, 15 years ago, one of those things came to a crashing halt. The dotcom bubble, which had been building up for the better part of three years, slowly began to pop. Stocks sunk.” – TIMES 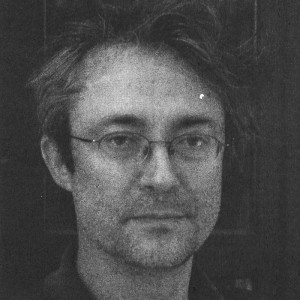 Peret Torrent, one of my Great Masters.

From 2001 to 2006 I lived in Europe and completed a Masters Degree in 3D Modeling & Animation in Barcelona, paying for my studies by creating an award-winning multimedia project, Barcelona Savagely Bombed, and by teaching design and multimedia classes at IDEP, Institute of Polytechnic Studies – Video, Film, TV & Multimedia.

In Catalonia, I also had the unique opportunity of working for 2 years with one of the most respected European graphic designers alive, Peret Torrent, who expanded my vision of deep, conceptual, top quality design. Peret’s work has been widely exhibited across the world and he is known for his iconic style.

For twenty years I have meticulously curated my Portfolio and I have managed scores of projects for the arts, architecture, events, education, exhibitions, music, museums, whitepapers, yoga studios and diverse non-profit organizations. Among my most recent accomplishments: in May 2013, the Yoga Alliance, the largest nonprofit association representing yoga teachers, schools and studios in the U.S, launched a Logo Redesign Contest through 99designs.com, and my proposal was selected over 6,000 submissions from all over the world. You can find this and a selection of works at: www.anaimation.design/portfolio