I traveled to Europe at the beginning of the millennium pursuing a postgraduate degree. After finding out that I was in Barcelona, the talented Mexican graphic designer Germán Montalvo recommended me to get in touch with Peret Torrent, catalan graphic designer, illustrator and sculptor known for his pictorial and geometric style. A Master of his Arts, Peret’s work has been widely exhibited across the world. 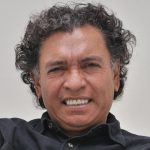 “I have a package for Peret that you can deliver in person. What you do out of that visit to his studio, is up to you.”

So while I waited for Montalvo’s package to arrive, I borrowed a laptop (I didn’t have one!) and in a few days I managed to build an interactive portfolio using Macromedia Director with what I had handy. Those were the days when I used to travel with a “brick” as I used to called it, a One Terabyte external hard drive that was ridiculously heavy an bulky to carry around, but it was part of my essential baggage. By the time the package from Mexico finally arrived, I was ready for the great delivery.

I wasn’t sure how I was supposed to show Peret my work if I was expected to be a carrier only. What if his staff asked me to leave the package without having the chance to talk to him? I practiced different renditions of my introductory speech along the lines of “I’m a graphic designer too! and what a coincidence that I have a laptop running an interactive portfolio right here with me… oh! and an extra DVD in case you would like to watch it later”. I was too naïve, of course Montalvo commented about me, my work and the purpose of the visit days before I showed up.

Peret’s spacious studio, a shared sanctuarium with Swedish photographer Maria Espeus, was a former warehouse turned into a huge gallery / office / refuge nested in the heart of Barcelona and walking distance from MACBA, the Museum of Contemporary Art. The entrance to the fortress showcased a huge gallery space with modern concrete floor, exposed brick walls and a rusted steel industrial looking staircase to heaven, Peret’s studio. And on the third floor, Maria’s photographic studio. On a mezzanine between the 2nd and 3rd floor, a terrace leading to the house. After feasting my eyes while surrounded by unusual objects, sculptures, posters and books, I was always thirsty for more of the iconic imagery that characterizes his work. The studio itself was a Museum of unique objects, mindfully distributed on shelfs, mixed with books, computers and artist tools. There is nothing on the web that honors his impressive trajectory and I can only hope that I can help him develop his website one day. I was delighted by the view, a constant invitation to creativity. 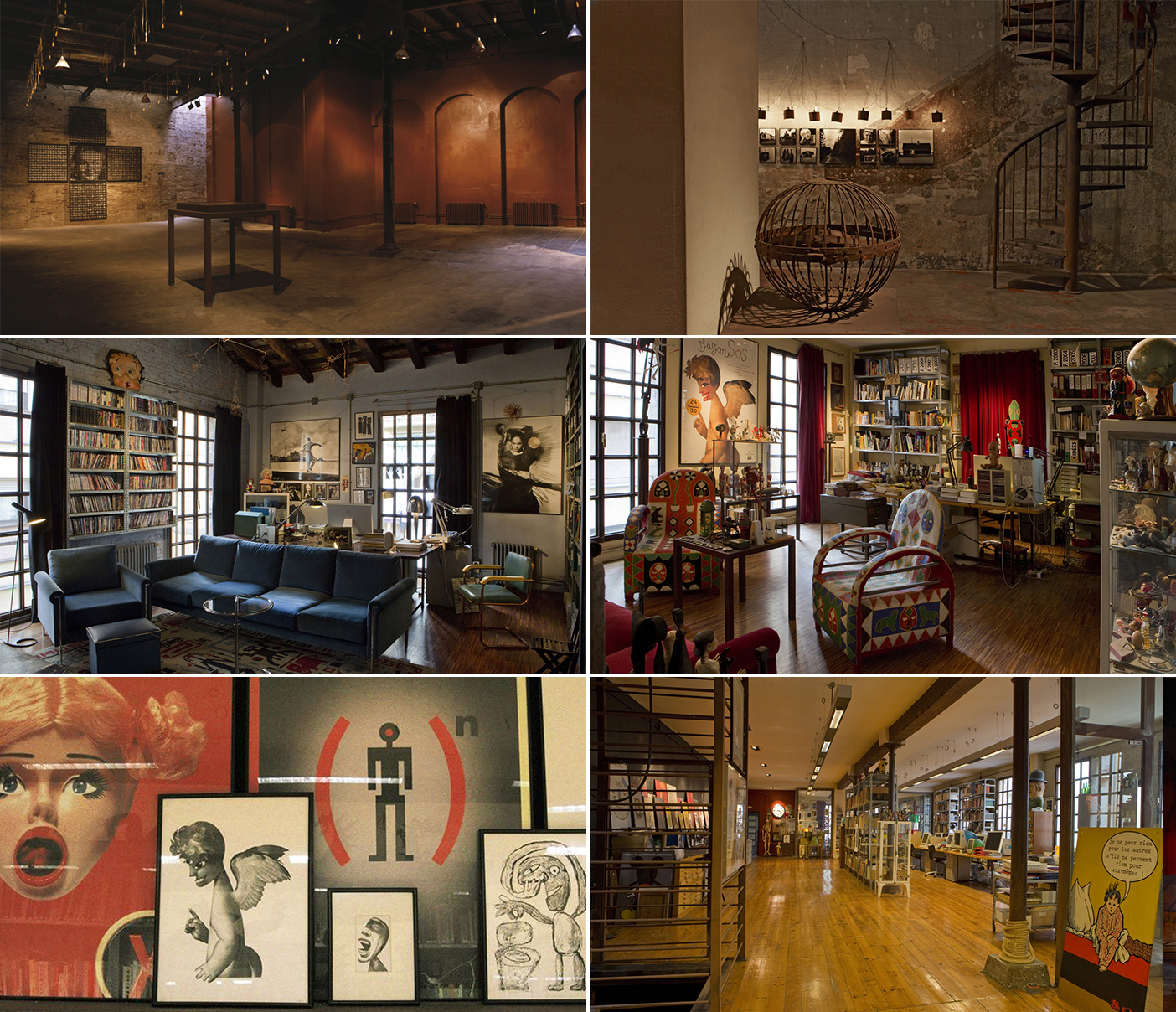 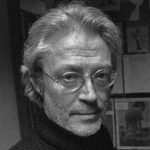 Peret opened the package, uncovering a beautiful Design book signed by Germán Montalvo and immediately after he asked, in his peculiar questionative tone:

“Do you have something else to show me?”

I showed him my Portfolio while he watched attentively. He must have liked what he saw because he offered me to work with him. Luck? I was the right person, with the right skills, showing up at the right time. He was about to develop the new Visual Identity for Barcelona Televisió (currently betevé), a local television channel of public ownership, oriented to the metropolitan area of ​​Barcelona (Catalonia, Spain).

Along with Art Director Mariona Omedes, we created elaborated animations mixing traditional and untraditional media (such as a photocopier, a baggage x ray scanner or tv noise) and 2D / 3D computer software. Mariona not only became a close dear friend who happened to bring yoga into my life but also mentored me in many aspects of my interaction with the catalan world (worth checking: NueveOjos, her Audiovisual Creative Studio). I also got to work with the brilliant artist Carole Hénaff, a french illustrator and graphic designer whose works include children books, editorial illustrations, books cover, posters, branding, etc (worth checking: Vivez l’instant a collection of limited art prints edition, set up with the illustrator Flavio Morais). All of them form part of the invaluable inheritance from the Peret experience.

While under pressure to show advances of our work to the client (BTV), Peret, with the dignity that only extraordinary talent can give, would say: “You know my work. There are many others that are faster than me, why did you hire me? I’ll show you advances when we are ready”.

Peret adores Mexico, its rich color and iconography. On his frequent travels, he would visit the “mercados” to get props for his design works. He also loves women and women love him. He was the representation of the open minded and sophisticated Europe I was discovering in my late 20’s and was definitely mind blown by his unique humor, magnetic personality and never ending creativity. After working together for two years, the cycle closed and I was back to the freelance world. It was a dream working with Peret and his creative team and the magic that surrounds this memory will live forever in my heart. Thanks Germán.

Peret’s design career began at the Escuela Massana of Barcelona and in the studio Josep Pla in Narbonne. He moved to Paris in 1970 to work as a designer and illustrator and returned to Barcelona in 1977 to become the art director and illustrator of Grup Z. He established his own studio in 1979, working with publishers, advertising agencies, public institutions and other media, including TVC, Barcelona Television, Inf’HO Hospitalet TV and Canal+. Peret worked on the Olympic Games Barcelona ’92 and on several international exhibitions, including Sevilla (1992) and Hannover (2000), for the UOC, the CCCB and with the Government of Mexico City. His work has been published in ibération, Courrier International, Domus, Abitare, The New York Times and more. For his contribution to art and design, Peret has received several awards, including the Laus ADG-FAD, Marc Marti Awards and the National Design Award in 1998.